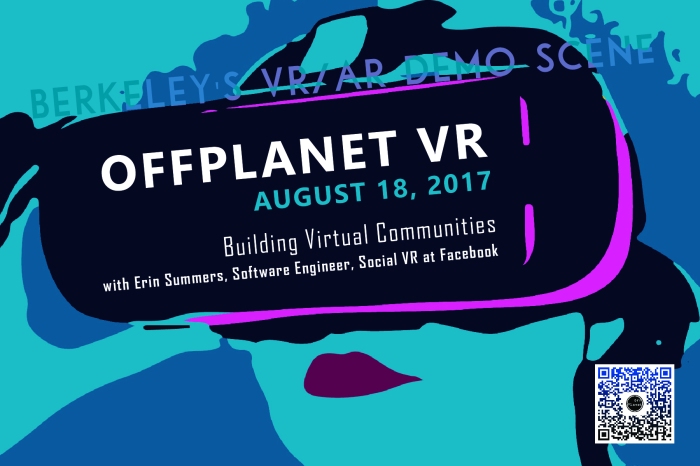 TALKS in the Moose Lodge:

Explore Facebook Spaces on Oculus Rift! Launched at F8 last April, Facebook’s social VR plaform recently added live streaming to the app, which allows users to engage with viewers on Facebook from VR, and virtually hold comments – a simple but profound feature. Social VR is one of the leading paths to mass adoption of head mounted displays (HMDs), with Facebook’s 2 billion strong network, Oculus tech, and now Spaces, VR is here to stay – and play.

One Reality AB is a VR platform for Sustainable City design, healthcare, energy, sports and tourism. Our mission is to reduce carbon emissions using Smart Cities tools. We’re beginning in Sweden and California.

Bounce from Trampoline of Emotion into Big Group Hug, Fifteen, and We Love, the Oakland band’s first 360 music video, directed by Siciliana Trevino, and DP’d by 360 filmmaker Kevin Kunze.

Kevin Kunze is an award-winning director with over a decade of experience in feature and commercial filmmaking. In 2014, Kunze’s first documentary MOBILIZE premiered at the Castro Theatre in San Francisco winning the Best Documentary Feature award at the California Independent Film Festival.

Kunze served as Director of Photography for the 2015 Singularity University GSP PROJECT VIDEOS, featured on TechCrunch.

He teaches the Academy of Art’s first-ever course on 360 filmmaking. 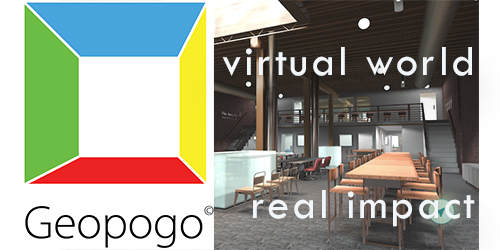 Our team of architects, software engineers, and 3D animators from Pixar, DreamWorks, and Industrial Light & Magic (ILM) is building virtual models of exterior and interior spaces to engage users in this immersive new way, at scales ranging from individual buildings to entire cities.

We aim to be the platform of choice for people to explore the world, engage in e-commerce, and connect with others in virtual space.

Hack the brain-body connection. Virtual Bytes is showcasing their interactive VR demos including, MindMoVR, an experience that expands your sense of self with movement: dance with a ballerina that will activate your mirror system and more!!

What happens when a young female coder joins a male-dominated floundering startup that’s deep in an identity crisis?

With a comedic twist, UTURN is an immersive live-action VR series, by Native VR, where you get to experience both sides of the gender divide.

A 360 video Virtual Reality comedy series offering full immersion into the daily life of a woman working in tech. At any time during the story, the viewer chooses which point of view to follow: a female coder or her male boss. It’s like editing your own version of the story.

We aim to raise engagement towards gender diversity through this inclusive and fun VR experience.

With support from AR VR Women and Allies on Facebook

NextSpace is across the street from Downtown Berkeley Bart, Allston Way Garage, and one block north from the BART Bike Station.

View all posts by Siciliana Trevino