Zip into the future with Quirkeley, VR @ Berkeley and more at NextSpace in Downtown Berkeley for the 2nd Annual Global Virtual Reality Day, Saturday November 17th, from 12pm to 4pm.

Virtual Reality Day is a grassroots, global effort to bring greater awareness of immersive tech to the general public, and get people to experience first-hand how virtual reality is changing the digital landscape and the future of computing.

Over 55 cities around the globe are participating in free events, including across the Bay in San Francisco and Marin.  If you can’t find one in your area, you can attend virtually with Microsoft’s AltSpace, where avatars will be live-streaming from VR for 24hrs.

In Berkeley, we’re going beyond industry hype and pie-in-the-sky predictions into new worlds made by local developers, artists and entrepreneurs, who are delivering one-of-a-kind immersive experiences and 3D solutions for creative, practical and enterprise applications. They’re working on the future, literally just around the corner.

Get your free tickets on Eventbrite.

VR @ Berkeley is a student group dedicated to bringing virtual reality to the campus community. Our club provides students with access to virtual reality equipment and training and charters project teams to explore the applications and implications of virtual reality in diverse fields through research and development.

By providing access to hardware and expertise, we aim to lower the barriers to experiencing and developing virtual reality technology. We are partnering with established labs on campus to investigate virtual and augmented reality as tools for robotics control systems, visualization of complex data, and as an interface for the future. We engage with the campus community through public demo days and infosessions. 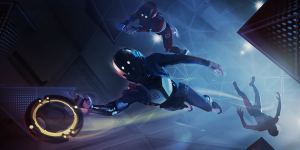 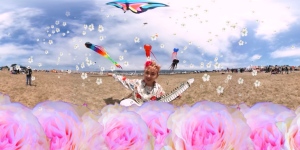 Snow Angel VR “We Love” 360 music experience. Filmed on location at the Berkeley Marina during the Kite Festival, Snow Angel’s first immersive 360 music video is a flower-powered trip, ideal for kids and kids at heart who are trying VR for the first time!

XEODesign No VR event is complete without a dose of Augmented Reality. XEODesign CEO Nicole Lazzaro will take you through “Aladdin Dash”, her mesmerizing AR game demo she developed on the Magic Leap AR lightwear. 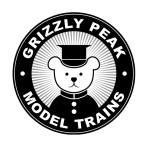 Grizzly Peak Model Trains Climb aboard our virtual train simulator and help test our electric cabs including the Key System 087 that ran in Emeryville.

We’ll have a real-world layout of our N-Scale, 3D printed Key Route and Interurban Electric railway cars on display. 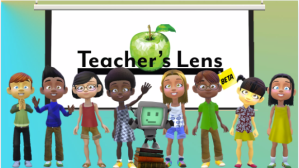 ARVR Women and Allies is a group for women in the immersive tech industry that supports community connection, education and professional growth.  We believe in ARVR for good and work to uplift women of all varieties and skill sets. 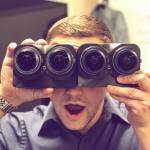 Kunze Productions is an award-winning 360° virtual reality video production company based in the San Francisco Bay Area.​ Kevin Kuze is a prolific 360 video cinematographer and will be showcasing 360 production gear and drone photography.

Geopogo Unleash your creativity. Design and present in virtual and augmented reality and create building visualizations in minutes. Quickly create and modify engaging 3D office, home and apartment unit models and present them instantly in 3D walk-throughs for clients and customers. 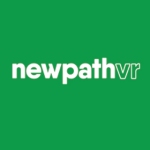 Get your buttons by Zizi Buttons