With just 7 days left on our Snow Angel VR Kickstarter we’re fighting the good fight and believe we can beat the odds, but we need your help to do it.

Your contribution gets us closer to being able to complete Snow Angel’s first full-length album and purchase a VR-ready PC and Gear VR headsets to make the music video. The funds also help support two young filmmakers learn the basics of 360 video and cinematic VR.

She says, “I’m in the 9th grade and I’m really into digital arts and animation. Trying out virtual reality was a really amazing experience because it’s a whole new world of technology that’s completely new and different.”

all of it inspires us to forge ahead and make our virtual dreams a reality. We’re glad you’ve joined us for this adventure and we can’t wait to bring you Snow Angel’s 1st  album and VR music experience for their new song, “We Love”.

You have until Thursday March 31st at 9pm to make a contribution. Thanks for supporting us! 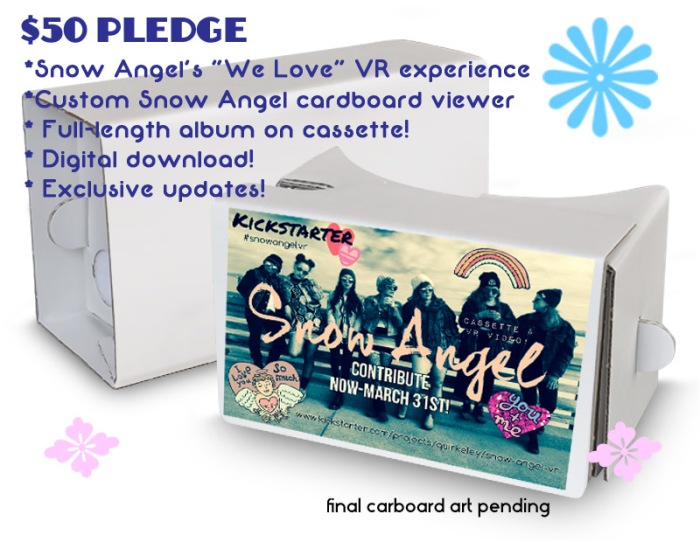 If you can’t make a contribution, we’d be grateful for a shoutout on social media!

TWEET: Dive into the past and reach for the future with #SnowAngelVR #VR #Music

Share on Facebook:  Snow Angel, an 8 piece all-girl band, based in Oakland is making a virtual reality music video experience and promoting their new album. They need your help! Please contribute today and share this post! Only 7 days left! 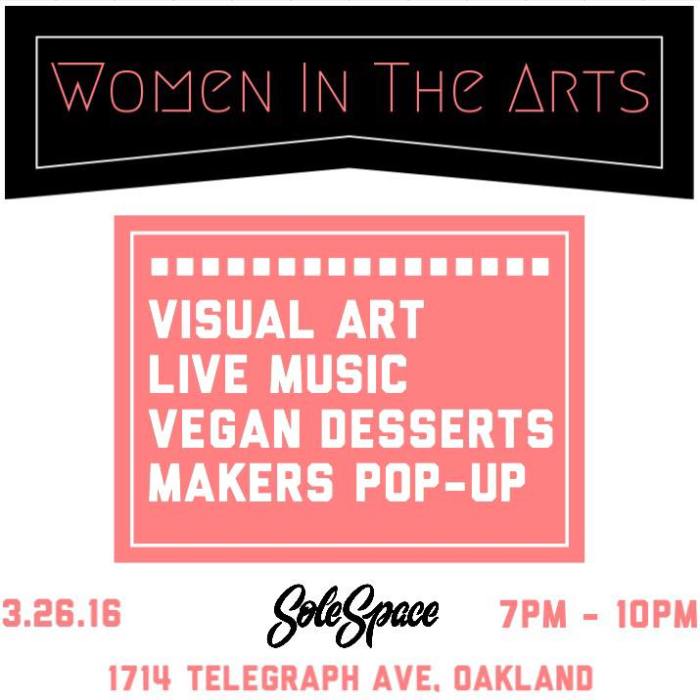 We’ve been quiet for a few weeks but we’re not slowing down! Last week we launched our 2nd Kickstarter, Snow Angel VR to make our first virtual reality music experience with  Snow Angel! The campaign will also help the all-girl band from Oakland complete their first full-length album on cassette and digital.

Come party with us to celebrate our launch this Saturday, March 12 at Mary Weather in Oakland. Snow Angel is performing a live, all-ages free show!  RSVP on Facebook.

Check out our cat-tastic rewards on Kickstarter that include Snow Angel’s album on cassette, the “We Love” music experience with custom cardboard viewer,  2 for 1 music classes with Gabby La La, a 360 video workshop with filmmaker Kevin Kunze and VIP tickets to our wrap party at Longbranch Berkeley.

The We Love experience stars Snow Angel as flower-cats in space living in the Cat’s Eye Nebula until a cosmic wind blows them to Earth where they try to find their way home again.

You’ll be the first to get this VR experience for cardboard and GearVR with your contribution at the $50 level.

Watch our campaign update video with Snow Angel VR co-creator Amalia Roy,  as she uncovers a Kickstarter phishing scam…glad we didn’t fall for it!

We have a long road ahead to our $10,000 goal and really need your support. Please contribute what you can and help spread the word about Snow Angel VR to anyone you know who loves music and new technology. Keep up with us on Twitter @Quirkeley and @OffPlanetVR

Thanks for supporting indie music and women in the arts and tech.

Snow Angel’s creative force, Gabby La La, made a major splash with her Les Claypool produced solo album, “Be Careful What You Wish For”. Touring as a member of Claypool’s band, Gabby became known for her virtuosity on the sitar and penetrating stage presence. She created her second album, “I Know You Know I Know” using a Nintendo DS Lite overdubbed with sitar, ukulele and theremin. She’s a graduate of the CalArts school of music where she met OffPlanet VR founder and Quirkeley Executive Producer, Siciliana Trevino.